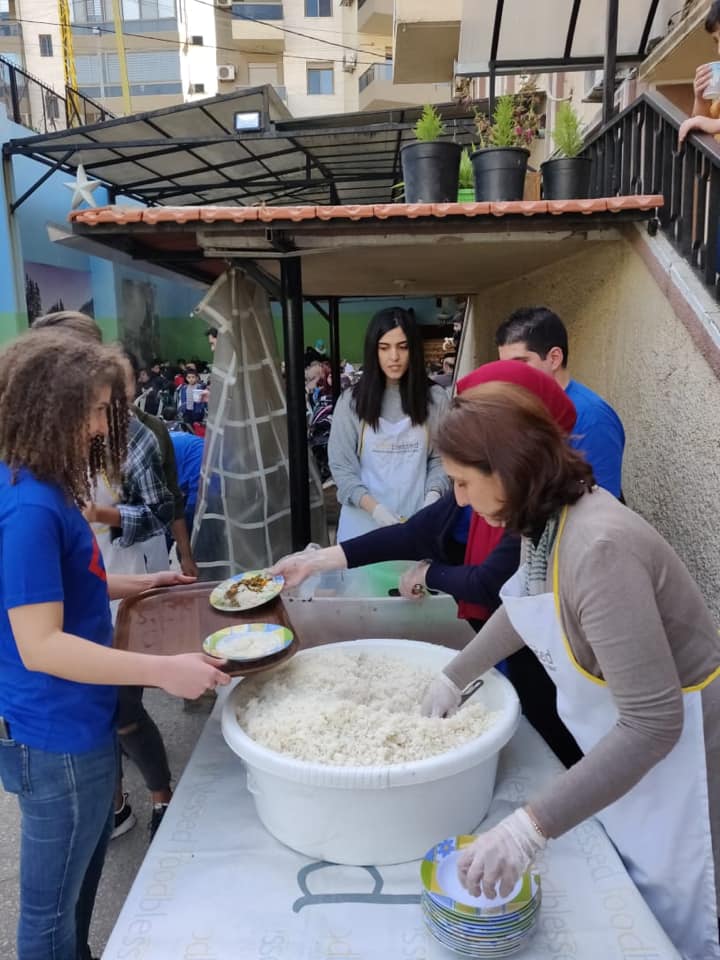 Check the full album on this link 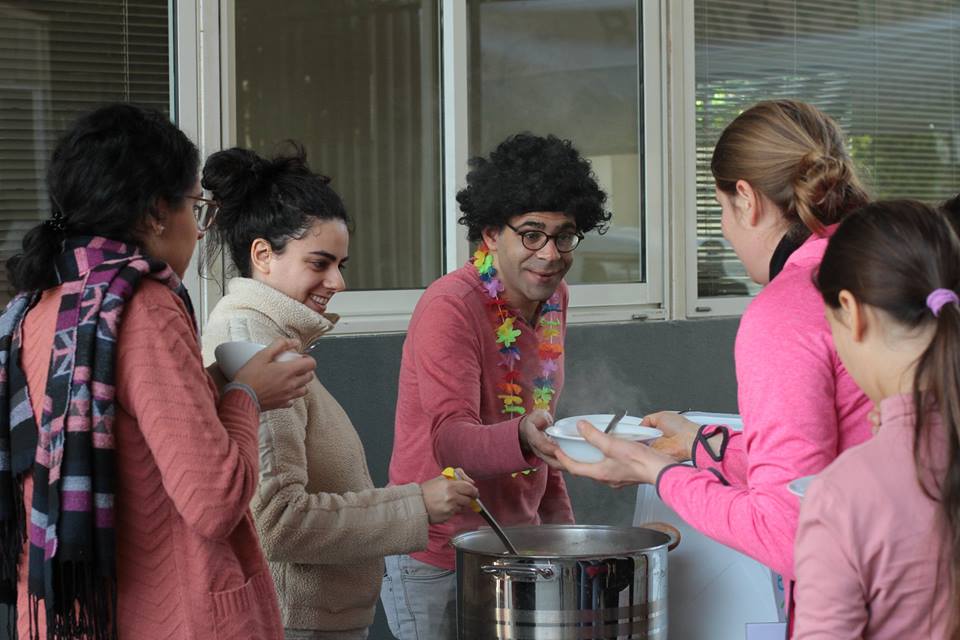 Disco Soup started 6 years ago in Berlin, Germany, as Schnippeldisko, a ‘protest soup’, against food waste that fed 8000 people. From then on, they started to spread across the world as a fun, meaningful way to bring this crisis into focus.

@FoodBlessed hosted the first Dsico soup in Lebanon back in 2014! We’ve been helped organized around 7 disco soups since then! The aim of the event is to raise awareness of the unimaginable levels of food waste globally and to catalyse action by promoting delicious solutions to food waste.

This was our second Disco Soup that was organized with make sense and hosted by Badaro farmer’s market! It was a huge success, we were able to save 50kg of vegetables and fruits from waste last Sunday (special thanks to Alkhodarje ), and also we were able to rescue some quinoa and chia seeds and delicious grains thanks to Wesley’s Wholesale!

While listening to funky music, we cooked some yummy dishes such as:

Here is our insta story===>http://bit.ly/2CATOId

– Hunger Heroes Firas and Marilyn and Layanne and Joanna and Samer from FoodBlessed
– Joslyn from #RecycleLebanon
– Diana, Christelle AND Philippe from #MakesenseLebanonHotspot
– Badaro Urban Farmers for hosting the initiative!! 👌

We hope you will enjoy these pics! Thank you Ghassan Aflak, Christelle Doumit Joanna and Marilyn for sharing with us these pics and videos! 👏 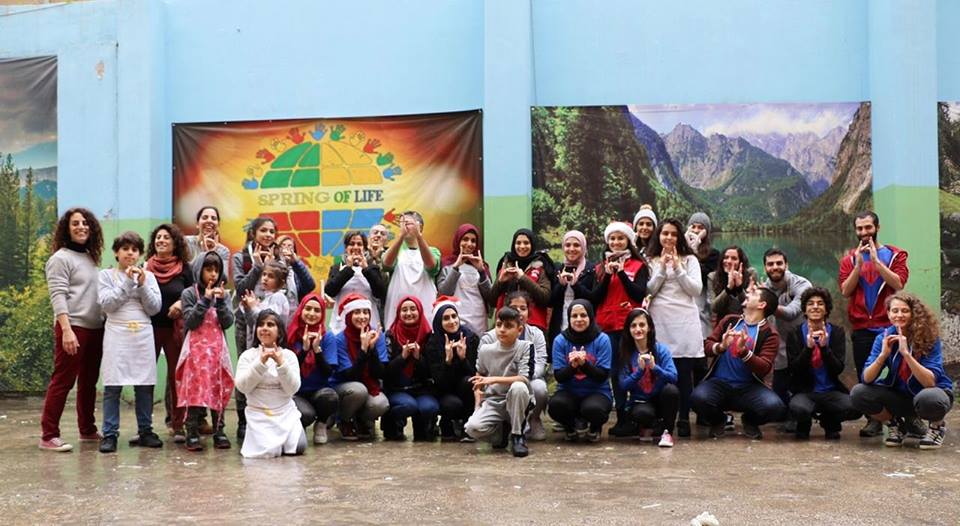 It was wet, it was messy, it was crowded, it was everything you don’t want to have on a day like this but we made it, we made the impossible possible! We couldn’t be any prouder of our hunger heroes! They literally went above and beyond to cater to over 600 guests! Everyone gave their best …this post is a shout out to all the awesome and amazing people who helped us out yesterday! You guys rocked, big time!!!! Bless.
Ps. We also managed to distribute the 60 weekly food assistance packages!! 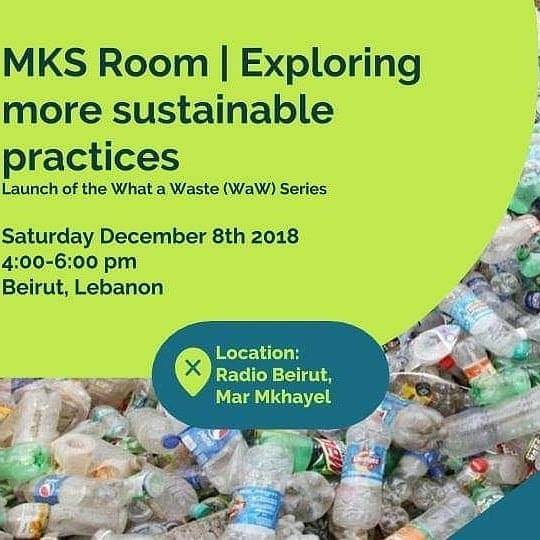 FoodBlessed at “What a Waste” series.

We were very honoured to be part of such an inspiring event featuring equally inspiring individuals from @liveloverecycle @tote3abeirut. We had a great time sharing our experiences and practices towards a sustainable waste management system… Thank you to everyone who made it and took part in the lively discussion. Special thanks to @nourkanso13 for kicking off the “What a Waste” series.
#foodblessedAwareness 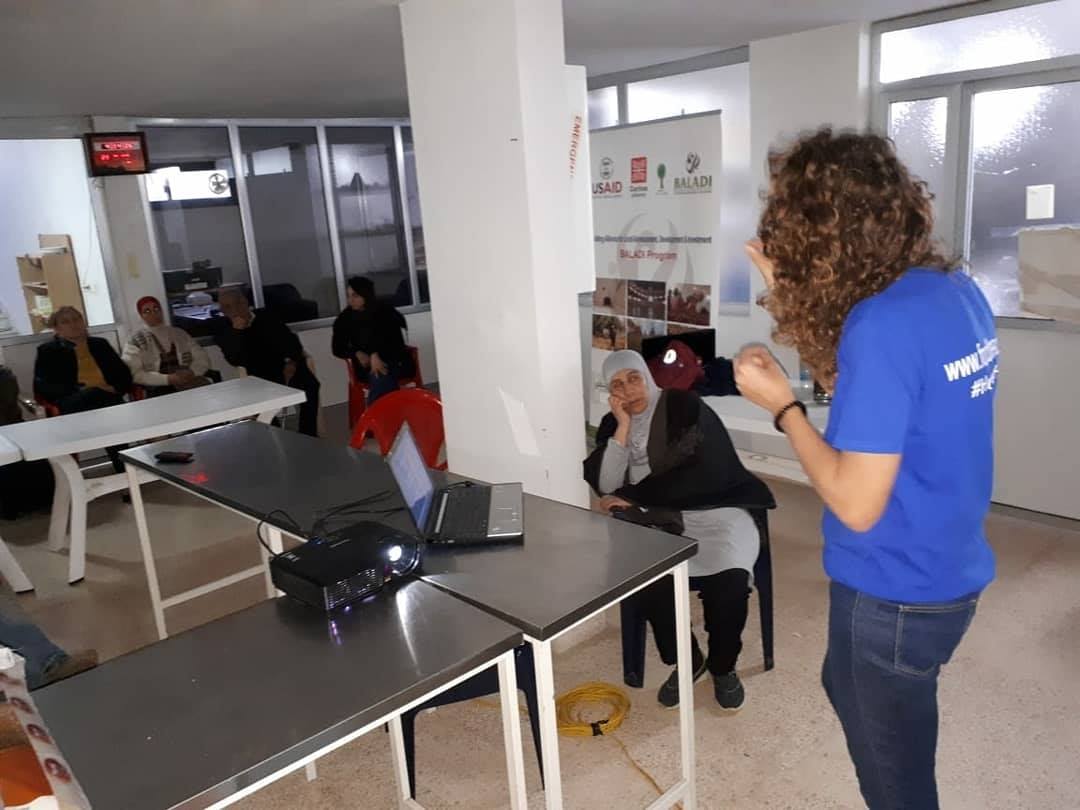 On Nov. 23, Hunger Hero Maya Terro, co-founder and executive director at FoodBlesssed, gave training session for a food processing center executed under the BALADI Program in Khiara village, West Bekaa.
The Khiara project is an agro-food processing center aims at helping the women of the village to produce and sell food products through the local cooperative called ”Cooperative Productivity Association for Khiyara (CPAK)”. The project also aims to create job opportunities for the local women in need.
The project is designed to produce jam, molasses and bakery products.
In her presentation, Hunger Hero Maya introduced FoodBlessed to the people in Khiara and offered a capacity building session on how you avoid food waste and ho to reduce the amount of food going to the waste during preparation, storing and selling their products. The session as part of many to come aimed at helping the municipalities and the local communities improve their environmental knowledge as well as the safety in all its aspects.
•
•
Ps. TERRE Liban is responsible for ensuring the environmental compliance of BALADI projects. 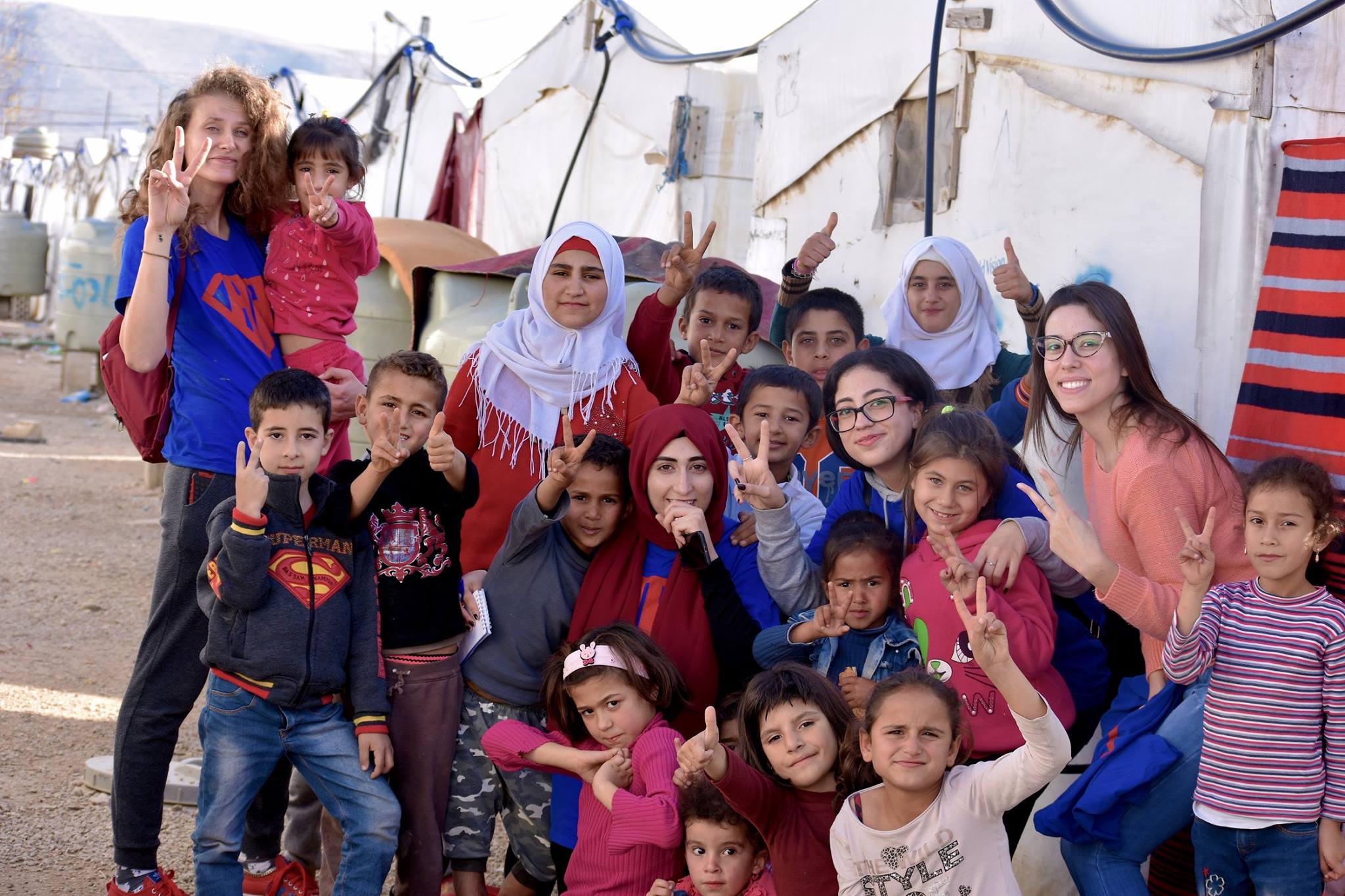 This is how we spent ⁦‪#WorldChildrensDay‬⁩ ⁧‫#يوم_الطفل_العالمي‬⁩ ‎at FoodBlessed!
With actions, not just words, and lots and lots of love and smiles and laughs and songs in between!
FoodBlessed has always believed that the future of any nation depends on how its children and youth are experiencing the present. That’s why we’ve always believed as well in children’s rights, and aim on a daily basis to build a better world where all children have the right to their basic human needs, especially when it comes to the “right to food”!
•
•
إنه اليوم العالمي للطفل. نحن في فودبلسد لطالما امنا بحقوق الطفل، ونعمل على مدار السنة على بناء عالم أفضل حيث لكل طفل الحق بمقومات العيش الأساسية بالاخص الحق في الغذاء! .
#foodblessed #WorldChildrensDay #goblue #hungeehero4life #hungerhero
#Childrensright #righttofood #relief #syrianrefugees
@UNICEFLebanon‬⁩
•
•
Special thanks to Hunger Heroes @mayaterro @nourabd @mohannadnehme @marwahb and Qamar for sharing this day with us at the Rahmeh Refugee Camp in Bar Elias, Bekaa!