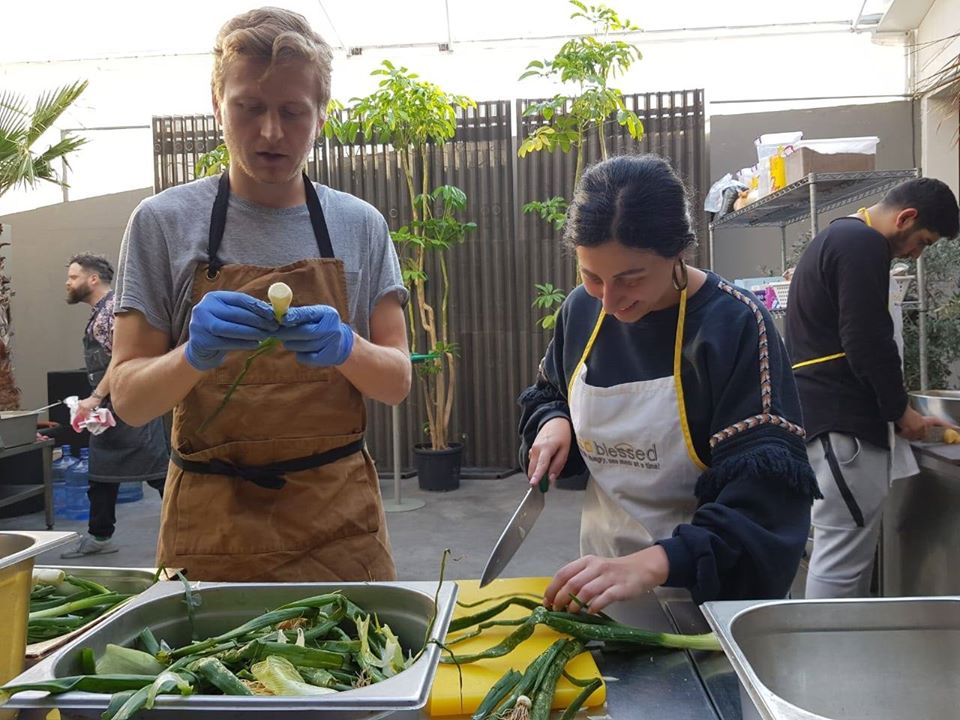 Cooking with The Great Oven

What’s it like to be able to get yourself to cook 2000 meals? It’s an awesome feeling. Nothing feels quite like it

😉
So, before we met The Great Oven, we thought the @ballroomblitzbeirut is a place where people go to dance; little did we know that thanks to chef @j_gomez_thompson and his gorgeous assitant @nourmatraji, this gem for partying was transformed to a community kitchen filled with art by @shrineon! The ballroom blitz became a place where people gather and cook while music played in the background. These pics are from one of three cookouts that took place in February

🙂 And the results ladies and gents are astounding. In addition to the 20+ volunteers who helped peel, chop, and grate unsaleable vegetables that were rescued , a total of 2000 meals were distributed directly to Syrian refugees across six refugee camps in bar Elias, bekaa. In addition to low income Lebanese families, Syrian, Iraqi and Palestinian refugees in the areas of Ain remmeneh, Chiah, 3a2esha bakkar, Ashrafieh and the borj brajneh Palestinian camp thanks to our community fridgges @community.fridge.fund project!
We want to thank everyone who was part of this, specifically our hunger heroes Tina, Zeena, Mansour, Yasmeen, Rawan from @lebamericanuni civic engagement class and Mira! Thank you awesome volunteers. Thank you James and Nour and Shrine for giving us a taste of the magic and for donating the meals to Foodblessed. Thank you @mayaterro for driving countless hours to make sure the food cooked got where it needed to be! More posts to follow!
#foodblessedxGOcollaboration