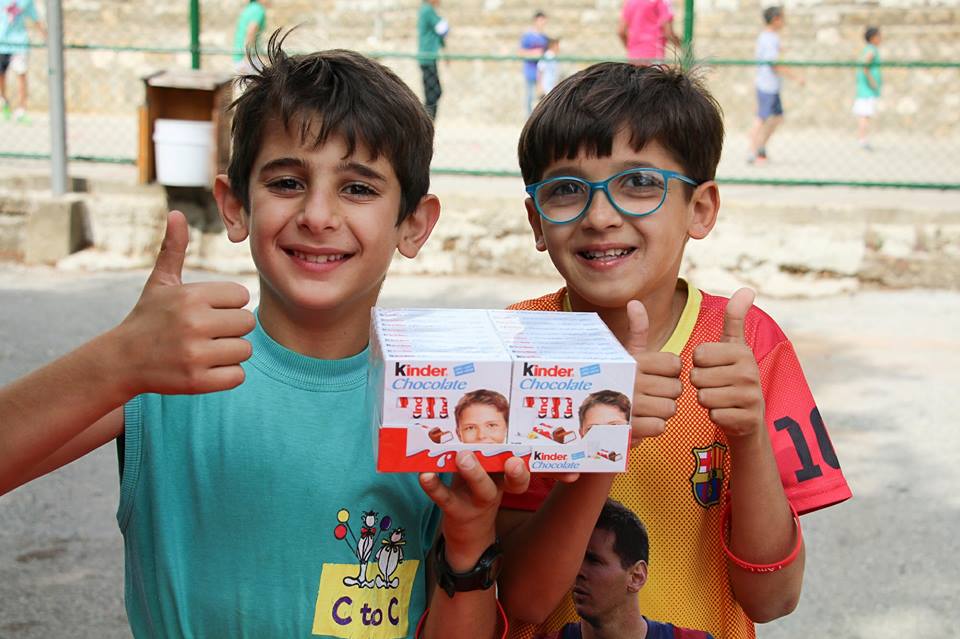 July 1st, 2017 Posted by admin News No Comment yet

The delicious chocolate went to Syrian refugees and underprivileged Lebanese in need… from Beirut to Aley to Mansorieh then all the way to Akkar!

Our beneficiaries included the Good shepherd school and Meshwar amal NGO both of which operate in akkar area and Naher Al bared refugee camp, North of Lebanon, Dar el Awlad, Dar el Amal in mansourieh, and Befriend me and shamess ngo (Sabra w Chatila camp) and Madrasat raml zarif, Beirut!!
Also a number of underprivileged kids were also this with yummy chocolate in time for Eid, these include orphans and other kids at Ibad Rahman NGO, Mohamad Khaled Association, Al Mabarrat, Rifai mosque in Aley, Life center Burj Hammoud, our soup kitchen goers in Ashrafieh and Burj Hammoud also got some chocolaty treats ! So did Random homeless people living on the streets of Beirut!